Gilgit, March 24: Leader of his own faction of the Balawaristan National Front (BNF), Nawaz Khan Naji, was released from police custody today.

He had been arrested along with six party members on charges of roughing up a police officer, a charge he had denied. Two of his party members, including a young leader Yawar Ali Balawar, were sentenced to imprisonment.

Supporters of Naji came out in large number to welcome their leader in Gahkuch, headquarter of the Ghizar District.

Political leaders belonging to opposition parties have expressed concern over the arrest of Nawaz Khan Naji on what they termed to be a “petty matter”.

Some leaders, including Dr. Mastan, former NALA mmber, Ali Murad, and BNF leader Muhammad Ayub have said that the a special group of GB cabinet 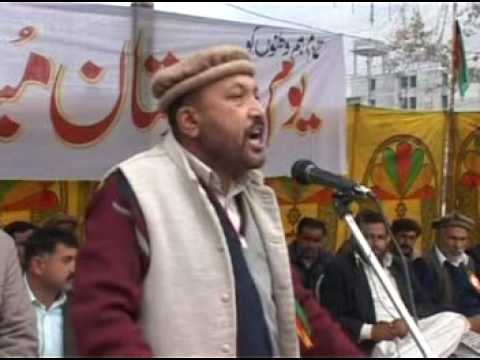 members is ‘hatching a conspiracy to defame the nationalist leaders”, referring to statements by Muhammad Jafar, Wazir Shakeel and Muhammad Ismail who had said that Naji is a “foreign agent” working to destabilize Gilgit-  Baltistan.

Maulana Attaullah Shahab, GB Council members, has said that by arresting Naji the government provided him opportunity to gain public sympathy. He said that Naji is likely to win the election because people will support him sympathetically.

It is pertinent to note that Naji is leading a political party which demands independence from Pakistan. The party is most popular in Ghizar District with some following in Skardu and Ghanche, where leaders like Hyder Shah Rizvi are active supporters and promoters of the BNF ideology.

BNF has not been able to get much electoral support from other parts of Gilgit – Baltistan.