Islamabad, December 22: Supreme leader of his own faction of the Balawaristan National Front, Nawaz Khan Naji, and the former deputy chief executive of Gilgit – Baltistan, Pir Karam Ali Shah, are contesting for membership of GBLA today in Punial and Ishkoman regions of Ghizar district. Analysts and observers are foreseeing a close contest between.

Some believe the Karam Ali Shah will win because of his affiliation with Pakistan Peoples Party. They argue that having government at the national level and in Gilgit – Baltistan will serve as a winning point for the veteran political leader who has been winning elections for the past thirty five years. 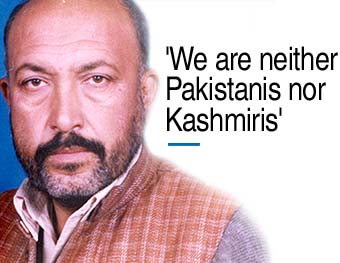 Another group believes that Nawaz Khan Naji has inspired the younger generation of this constituency by targeting poverty and lack of facilities in the region and holding Pir Karam Ali Shah responsible for backwardness of the region. According to some reports thousands of people participated in an electoral rally recently held by supporters of Nawaz Naji.

“Naji is vocally opposing ‘colonial policies’ of the government of Pakistan in the region and in the current geo – political and geo – economic contexts the younger generation is looking for a rebellious and vocal leader who does not follow the establishment’s line of instruction”, a supporter of Naji told Pamir Times.

Forty polling stations have been setup in the region. The total number of voters is around 27, 500, including 13, 000 female voters. Other candidates contesting for the seat are Col (r) Karim, Mir Wazir Mir and Akbar Hussain.

Polling is currently underway and is likely to continue till five in the evening. Polling in this constituency had been postponed due to death of a candidate.