The US has condemned the killing of an Iranian nuclear scientist in a car bomb attack in north Tehran.

National Security Council spokesman Tommy Vietor said the US “had absolutely nothing to do” with the attack.

Mostafa Ahmadi-Roshan, who worked at the Natanz uranium enrichment facility, died along with the driver of the car.

Several Iranian nuclear scientists have been assassinated in recent years, with Iran blaming Israel and the US.

Both deny any involvement.

Washington and its allies suspect Tehran of secretly developing a nuclear weapon but Iran insists its nuclear programme is peaceful.

Iranian Vice-President Mohammad Reza Rahimi said on state TV that the bomb attack would not stop “progress” in the country’s nuclear programme.

The assassination may now prompt Iran to try to respond in kind.

The murder in Tehran of Mostafa Ahmadi-Roshan comes on top of a sophisticated cyber sabotage programme and two mysterious explosions at Iranian military bases, one of which in November killed the general known as ‘the godfather’ of Iran’s ballistic missile programme.

Regardless of who is behind these attacks, Iran is clearly being subjected to an undeclared campaign to slow down its nuclear programme.

Mr Ahmadi-Roshan, 32, was a university lecturer who supervised a department at the Natanz plant, the semi-official news agency Fars reported.

Iranian officials said two men on a motorcycle attached a magnetic bomb to his car during the morning rush hour and detonated it outside a university campus.

Mr Ahmadi-Roshan died immediately while his driver died later of his wounds, Fars reported. A third occupant of the Peugeot 405 was injured and taken to hospital.

The blast left debris hanging in nearby trees.

Iran says the attack was similar to the killings of three other scientists over the past two years.

A senior Israeli official described the attack as “revenge” but said he was unaware who had carried it out.

“I don’t know who took revenge on the Iranian scientist but I am definitely not shedding a tear,” military spokesman Brig Gen Yoav Mordechai wrote on his official Facebook page.

The attack comes amid rising tensions between Iran and the West.

The UN’s nuclear watchdog recently confirmed that Tehran had begun enriching uranium up to 20% at its underground northern Fordo plant near Qom.

The US said it was “a further escalation” of Iran’s violation of UN resolutions regarding its nuclear plans.

In a further attempt to pile pressure on Iran, Western UN envoys on Wednesday condemned Iran’s enrichment of uranium at the Fordo plant as a “clear breach” of UN resolutions.

France’s deputy envoy Martin Briens said Britain, France, Germany and the US raised concerns at the Security Council because the new plant has no “credible civilian use”. 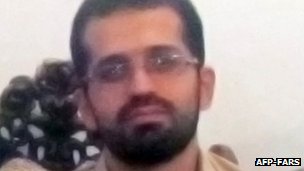 However, the BBC’s Barbara Plett at the UN says an agreement on further sanctions is unlikely.

The UN Security Council has passed six resolutions and four rounds of sanctions against Iran although Russia and China are expected to block any further measures.

Western nations are also imposing sanctions on Iran over its nuclear programme. In response, Tehran has threatened to block the transport of oil through the Strait of Hormuz.

US Secretary of State Hillary Clinton on Wednesday described that threat as “provocative and dangerous”.

Linkedin
Share this on WhatsApp
Tags: Analysis, Iran, UN, US