The reason I prefer Dostoevsky to Tolstoy is that though both are prolific and profound, the former is more easily readable, and that makes a great difference to me as a reader. The Russian genius’s great work The Brothers Karamazov is one of the books that I enjoy reading every time and marvel at how he has put together a work of philosophical worth and flawless characterization. Repulsive as the brothers’ father Fyodor Karamazov is, one can’t help being entertained by the buffoonery that so exasperates other personages in the novel.

For those who have not read this masterpiece of world literature, I would give a brief synopsis of the plot. The Brothers Karamazov is a tale of parricide and incest, as well as one that explores the eternal question of what the nature of man is. What is virtue? Is it possible in the absence of the idea of God and an immortal human soul? That is what Dostoevsky investigates through the endeavors of the three brothers of the title; Dmitry, the sensuous and passionate soldier, Ivan the atheist intellectual and Alexey the mystic youth. As the novel progresses, the question of which one of them had actually been responsible, directly or indirectly, for the murder of their father Fyodor Karamazov gets tangled with the spiritual dilemmas of the protagonists.

The reader discovers that there are actually not three but four Karamazov brothers, further expanding the possibility of guilt. It appears that Dostoevsky uses the brothers as symbols of various aspects of human nature and the different paths that man may choose to arrive at some understanding of himself and his creator.

Dmitry’s uncontrolled instincts are part of every man’s baser nature. There are some like Ivan who through education, wisdom and the rational application of their mental faculties, come to prefer a version of truth where the divine finds no place except as a necessary human invention. And finally, the hero Alexey is a mystic who experiences a form of religious devotion that is enlightened by love and compassion towards everyone and possesses a childlike, endearing naivety.

Yet it is from the shadowy nature of the fourth brother that the actual account of the murder comes, representing perhaps the most fearsome and mysterious recesses of the human soul.

The core of the novel is in the tale of the Grand Inquisitor, composed and told by Ivan, in which Christ revisits the earth and is himself subject to persecution and imprisonment by the very priests who believe themselves the guardians of his message. Man’s need for religion and his perversion of its essence are revealed. The Brothers Karamazov is in reality a tale of spiritual quests, religion and the idea of sin. The mystic Zossima’s character and the explanation he conveys of sin and redemption are deep and enlightening.

Despite its dealings with subjects of profound seriousness, the novel remains interesting and captivates the continued attention of the reader even though it is not a short piece of work. It is an excellently stimulating work that anyone interested in religion or philosophy must not miss. And yet, others can find it just as relevant, as sin, spiritual doubt and death are inescapable realities of everyone’s existence. The Brothers Karamazov is as perfect a choice for group readings and discussions as it is for a private, meditative insight into human existence. 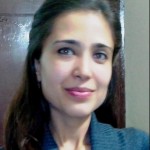 1 thought on “[Book Review] The Brothers Karamazov by Fyodor Dostoevsky”