After spending millions of rupees in courts, living numerous sleepless nights and incurring uncountable social costs the communities of Jaglote (Goro) and Rahimabad, two villages located near Gilgit city, have resovled a seventy two years old land dispute that had constantly been denting harmony between people of the two villages. 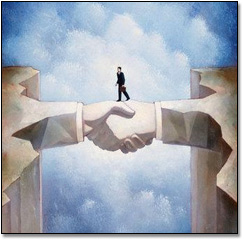 A six member committee comprising of three notables from each village, reached a solution endorsed, later, by people of both the villages.

This progress can be taken as an example for rest of the communities of Gilgit – Baltistan. There are numerous land disputes, large and small, among different villages of Hunza, Gojal and rest of the region running for decades. The courts have not been able to offer any solution, despite of thousands of hearings.  More than once have law and order situations been created because of such land feuds in the past.

Taking lessons from the case in point it is high time that similar steps towards resolution of long standing issues are taken by the communities of Gojal, speaking of the home first, relieveing financial, emotional and political energies of the communities for betterment of the abysmal state of other sectors of society.

Messages of congratulation have been shared by festive inhabitants of the two villages, who had been under perpetual fear because of this disturbing feud for more than seventy years.