HUNZA (AFP): In a remote northern Pakistani valley surrounded by giant ice-capped peaks, villagers gather to watch a game of Buzkashi, an ancient equestrian sport once seen as a key test of virility that is now struggling for survival.

Baksh Dil Khan, a retired schoolteacher is saddling his horse as his wife sprinkles a pinch of flour over the animal for good luck, worried that the snowfall that blankets the Chapursan Valley will make the day’s match too treacherous. 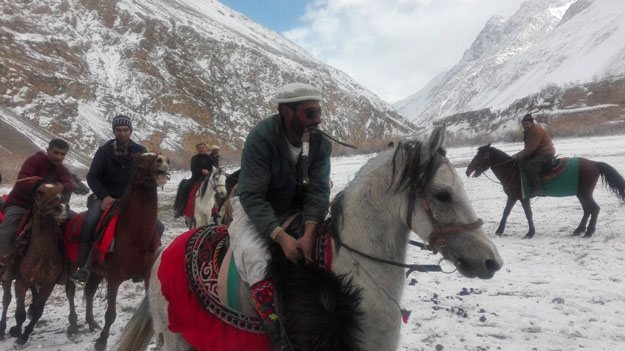 The burly, moustached 52-year-old is one of the sports’ last two dozen players in this region of roughly 2000 people, which shares a border with Afghanistan to the east and the north. A black goat is led out to the middle of the grounds for the players to inspect. Some pick it up before nodding their approval. It is taken away, later returning as a headless, disemboweled carcass and is placed in a circle in the centre of the field.

This body is the prize the horseman will jostle over in the game, made up of a series of rounds in which they aim to throw it back into the circle. Goals are met with enthusiastic shouts of ‘Halal’ from the crowd, a sign they believe it was legitimately scored. 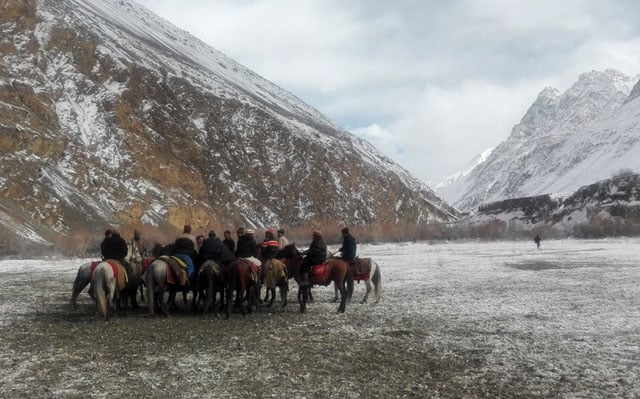 Buzkashi is a way for players to show off their equestrian skills and manliness, but there are also prizes and cash to secure. Baksh has won PKR 4,000 ($40), three packs of cigarettes and a cellphone.

“I almost broke my neck for these three packs of cigarettes and I am not even a smoker,” he jokes — he fell twice from his horse during the game.

Unlike in neighbouring Afghanistan or Central Asia where the sport remains vibrant, Baksh fears the tradition will die out in Pakistan.

“It is dying down and there are only half a dozen old players left, the new generation is not taking much interest in the game and we have only around a dozen young players,” he explains.

Now even finding enough horses can be a challenge as many locals have sold their steeds to buy modern comforts, says 38-year-old Taj Muhammad.

“Buzkashi will be just an event of the past, a story for our children,” he muses. 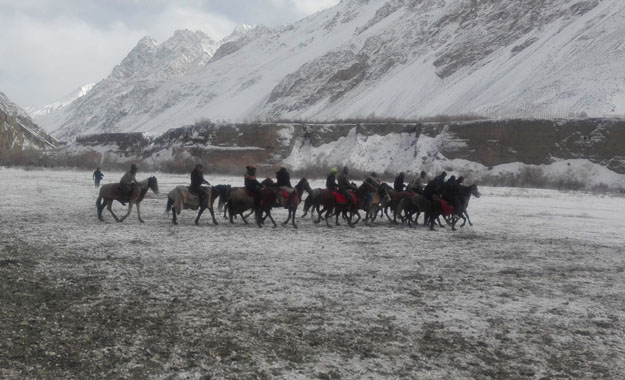 For Aziz Ali Dad, a cultural anthropologist, the decline of the bloodsport is a sign of Pakistan’s diminishing cultural ties with Central Asia, where the game originated.

In Hunza, it has long been a mainstay of the Wakhi people, who are also found in Afghanistan, Tajikistan, Xinjiang in China.

But Aziz says the lack of contact between them today means Buzkashi is “on the verge of extinction in Pakistan.” Defiant, Baksh vows to ride on, even if others give up.

He insists: “I will continue to play even if I am the last player, the game should at least survive till my death.”