GILGIT, Aug 26: Eminent constitutional expert and progressive politician Abid Hassan Minto has said that Gilgit-Baltistan was not constitutional part of Pakistan and people of region had been deprived of all fundamental human rights.

“The people of this important region are administered under the Citizenship 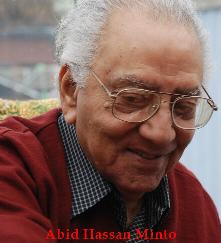 Act but the territory is not a constitutional part of Pakistan,” he said while talking to Dawn here on Tuesday.

Mr Manto is in Gilgit on the invitation of the Northern Areas’ Supreme Appellate Court for guidance regarding implementation of labour laws whether the laws were applicable in the region or not.

“Pakistan’s Constitution does not say a single word about Gilgit-Baltistan. This is a worst example of human rights violation,” he said.

Mr Minto, who is President of the National Workers Party, asked the federal government to devise a clear-cut policy on Gilgit-Baltistan and give democratic and constitutional rights to the people of the sensitive region.

He said the least the Pakistan government could do was to give the locals the right to rule themselves through their elected representatives rather than the bureaucracy. The Northern Areas Governance Order would not heal the decades-old wounds of the people. The area should be given their own constitution and parliamentary setup on the line of Azad Kashmir.

“How come this possible that mega dams are being constructed in the area without obtaining consent of the masses,” he said, adding that royalty and other issues should be dealt in the interest of the masses.

All laws of Pakistan, he said, were applicable in the region but they were not exercised for unknown reasons. “The Supreme Appellate Court and Chief Court of Northern Areas are fully empowered to ensure rights to the people,” he said.